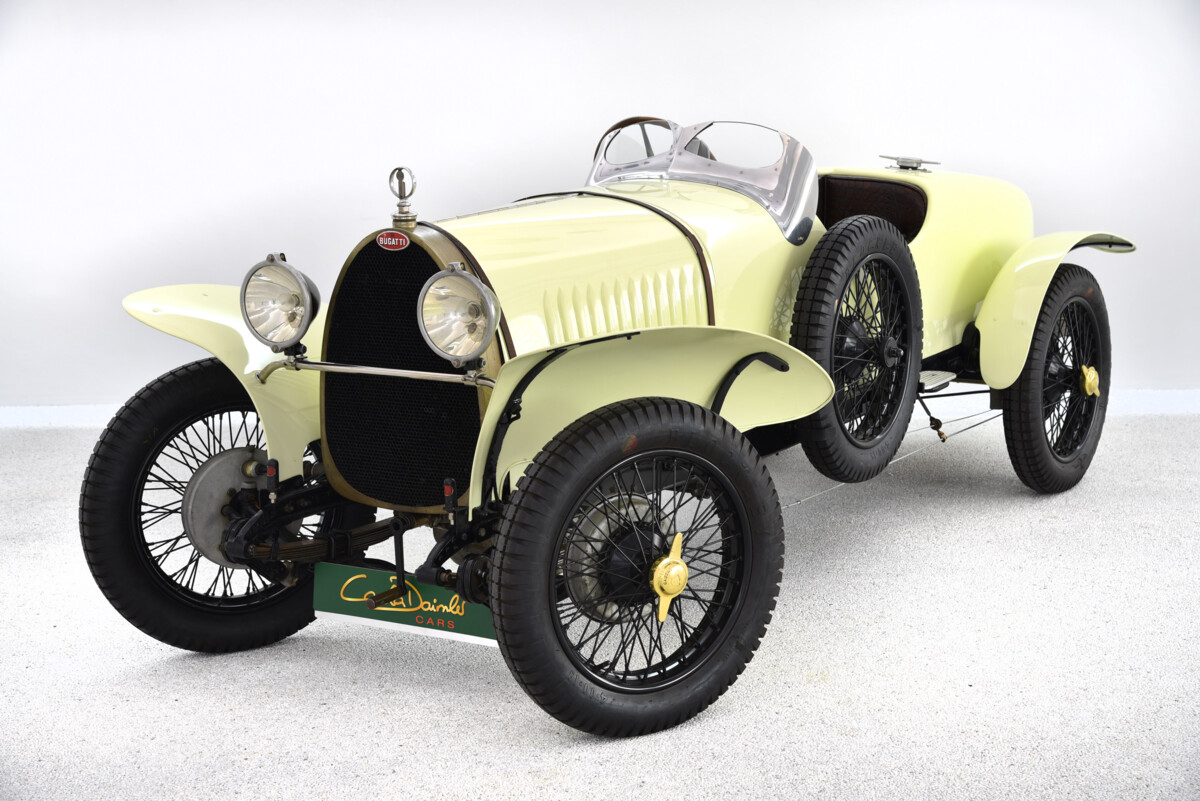 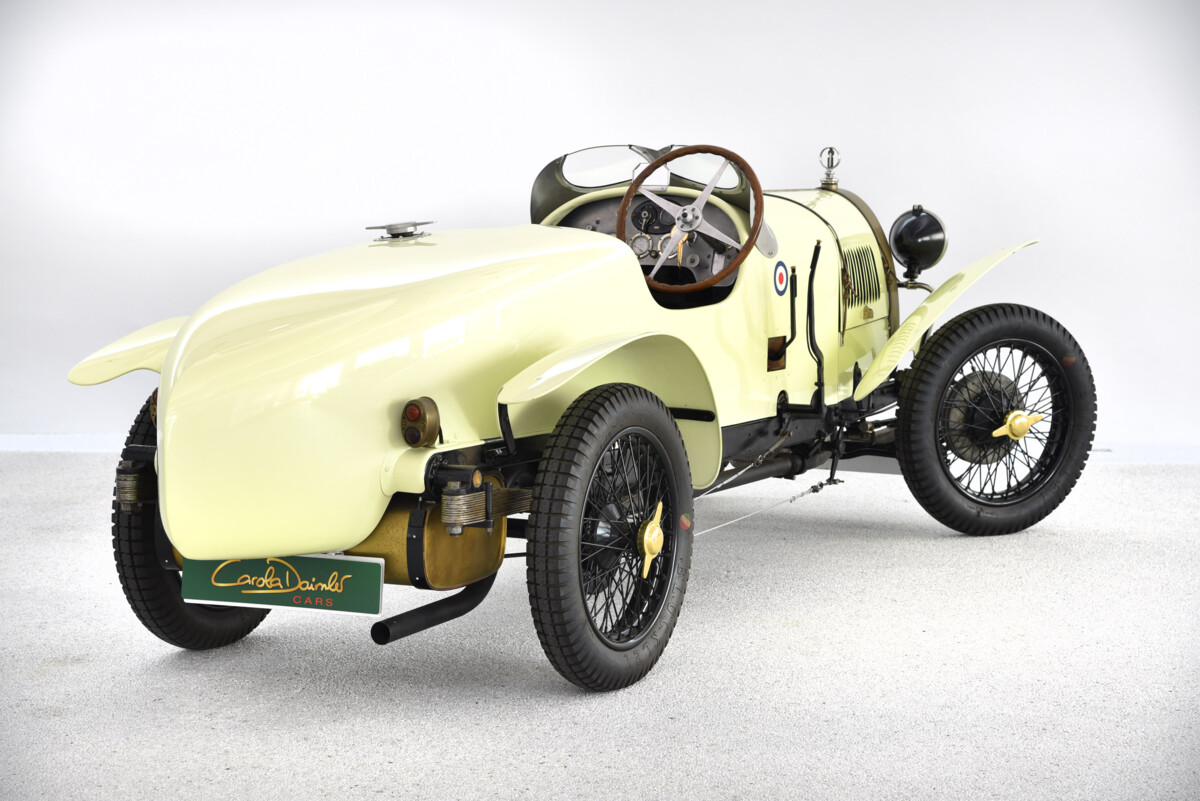 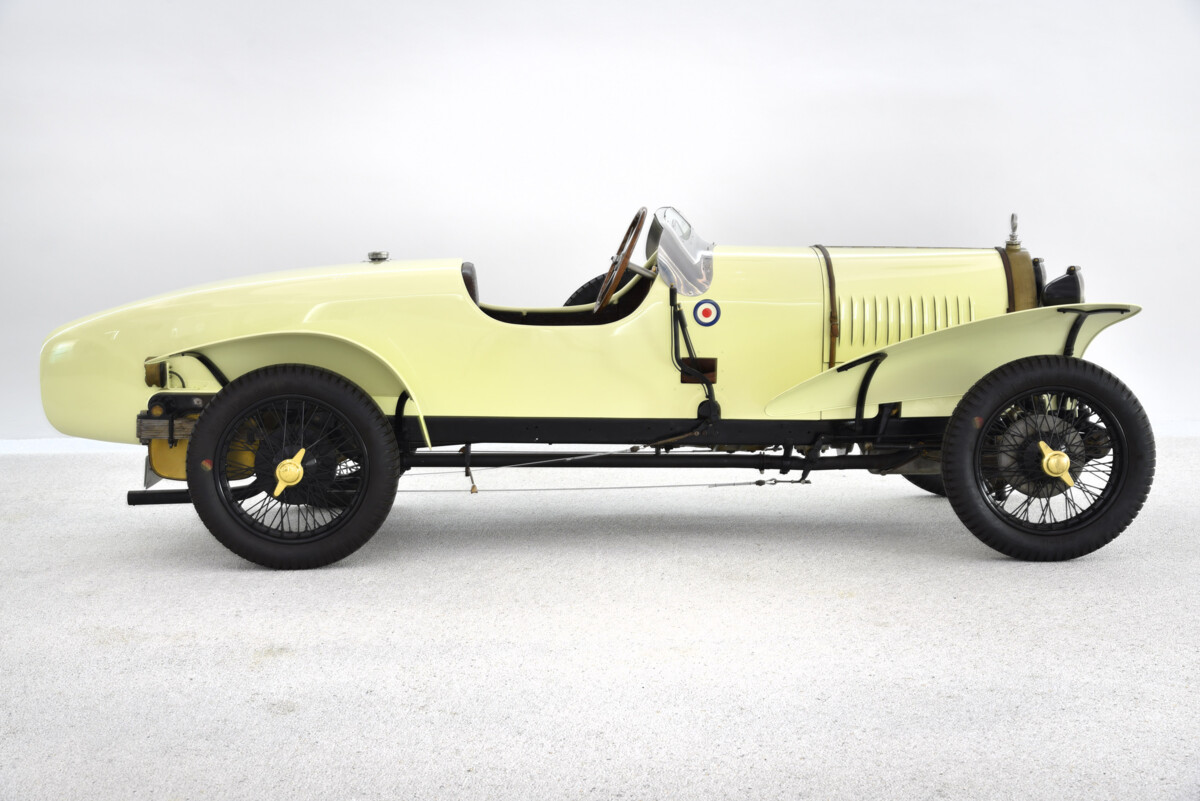 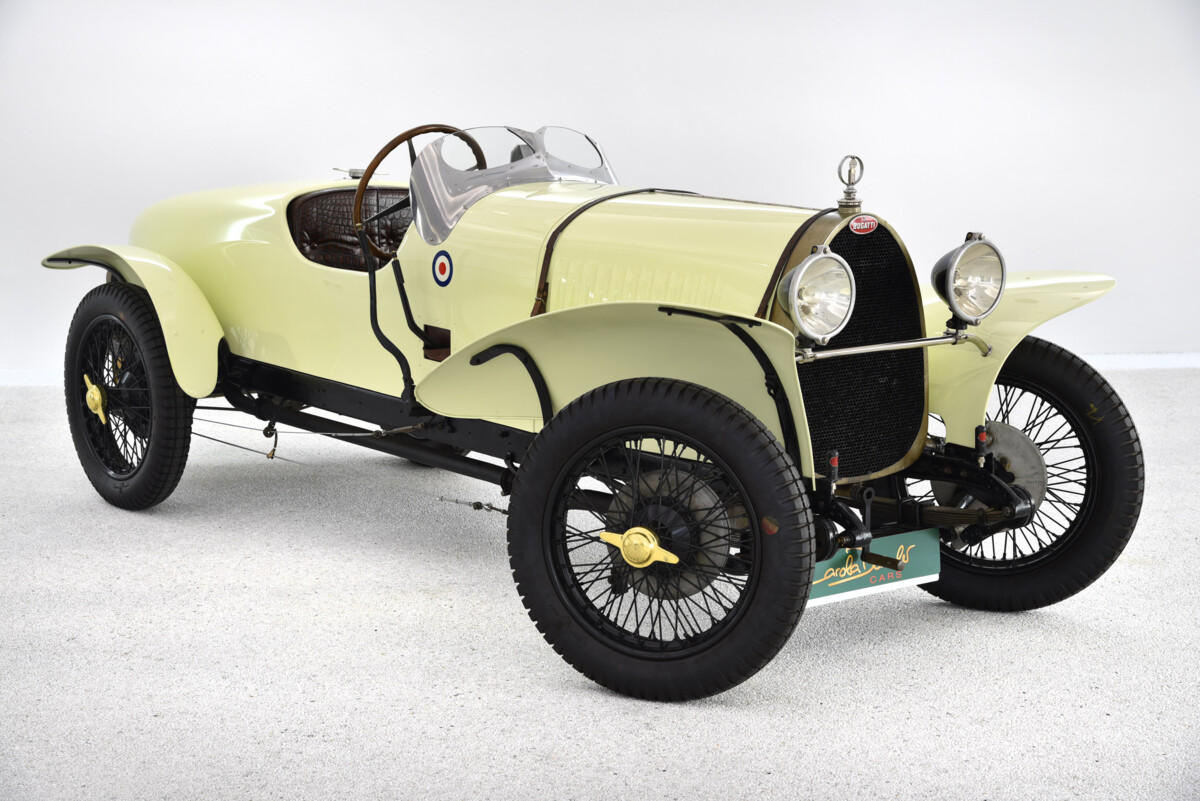 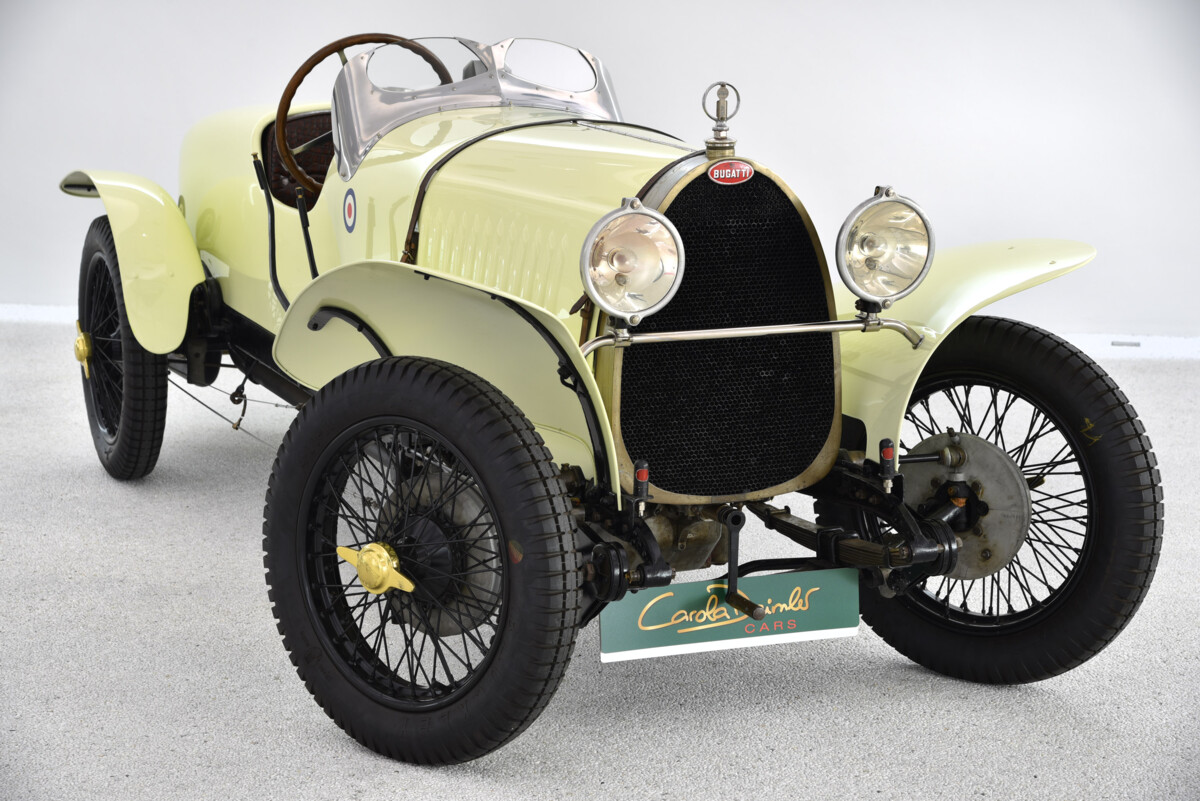 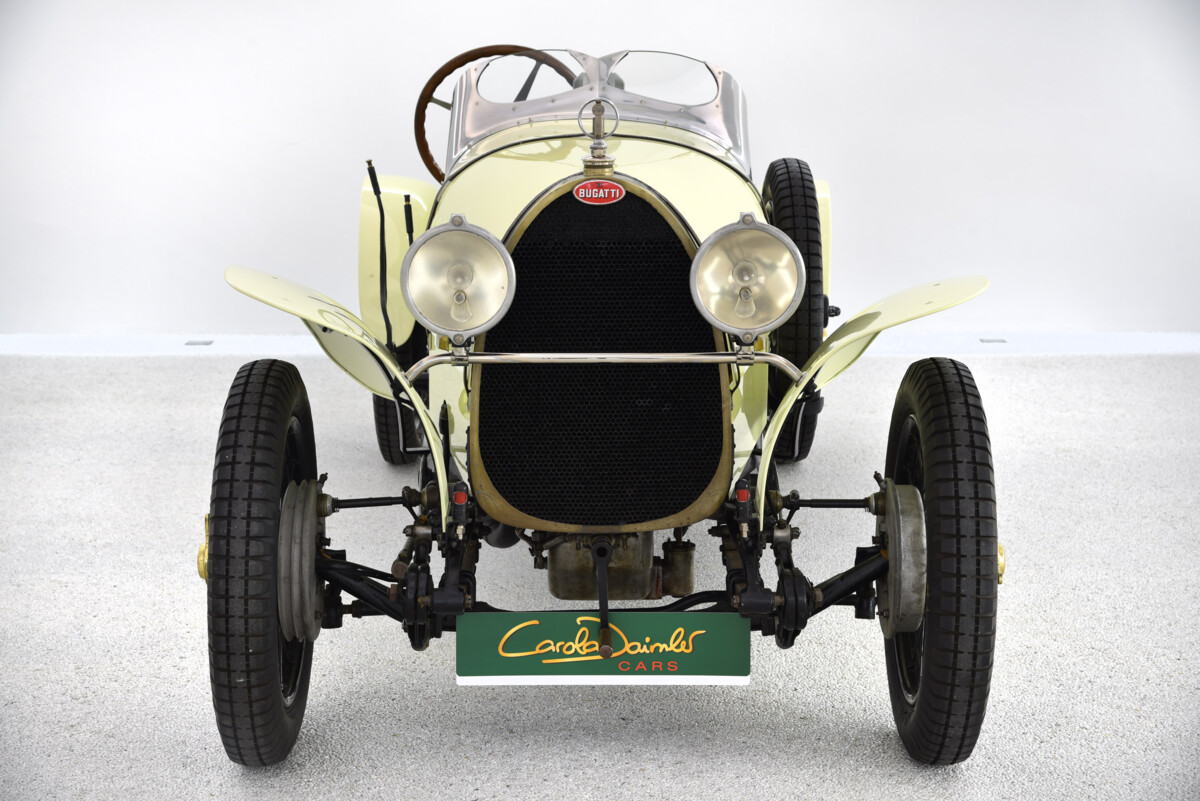 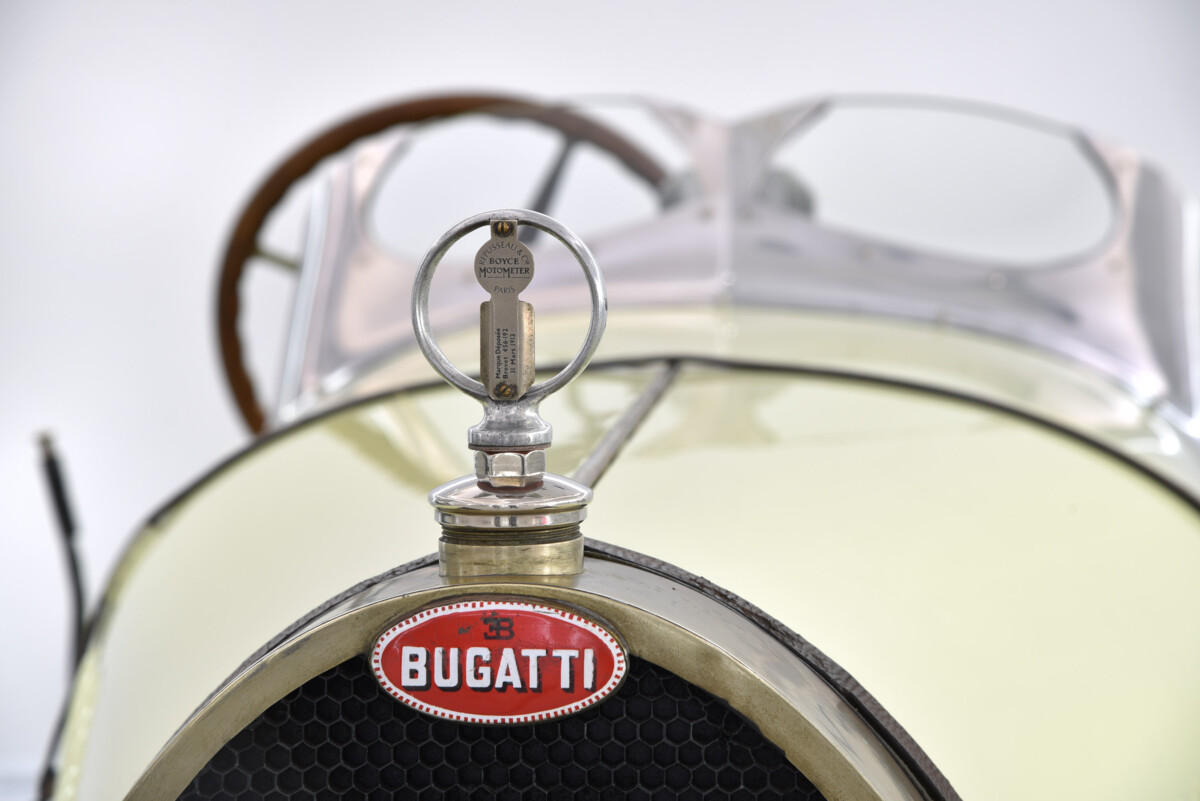 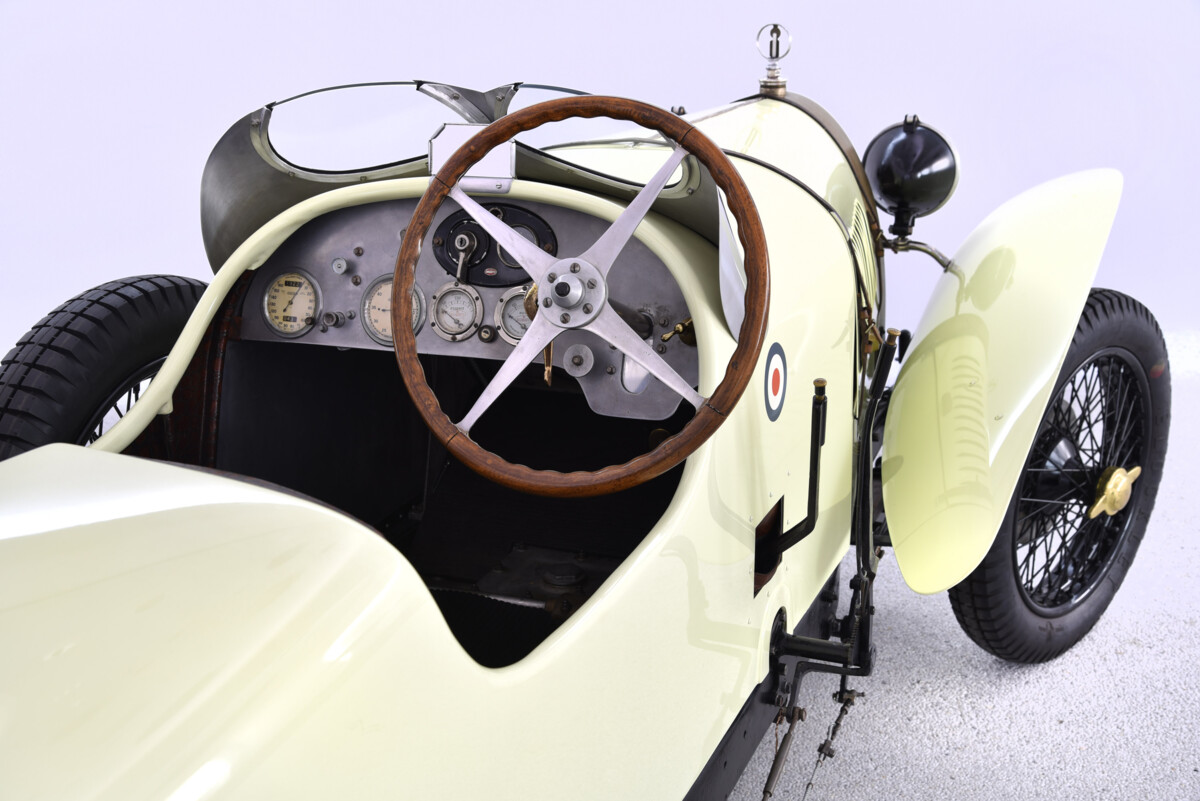 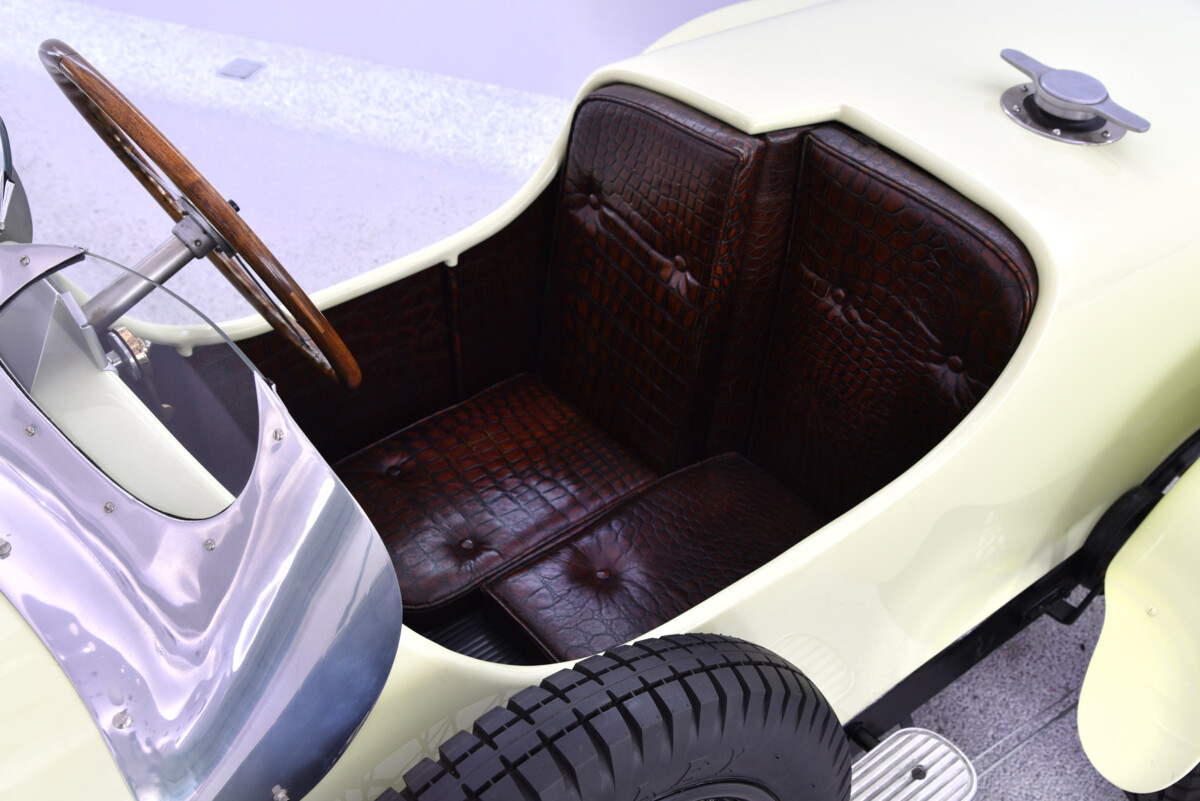 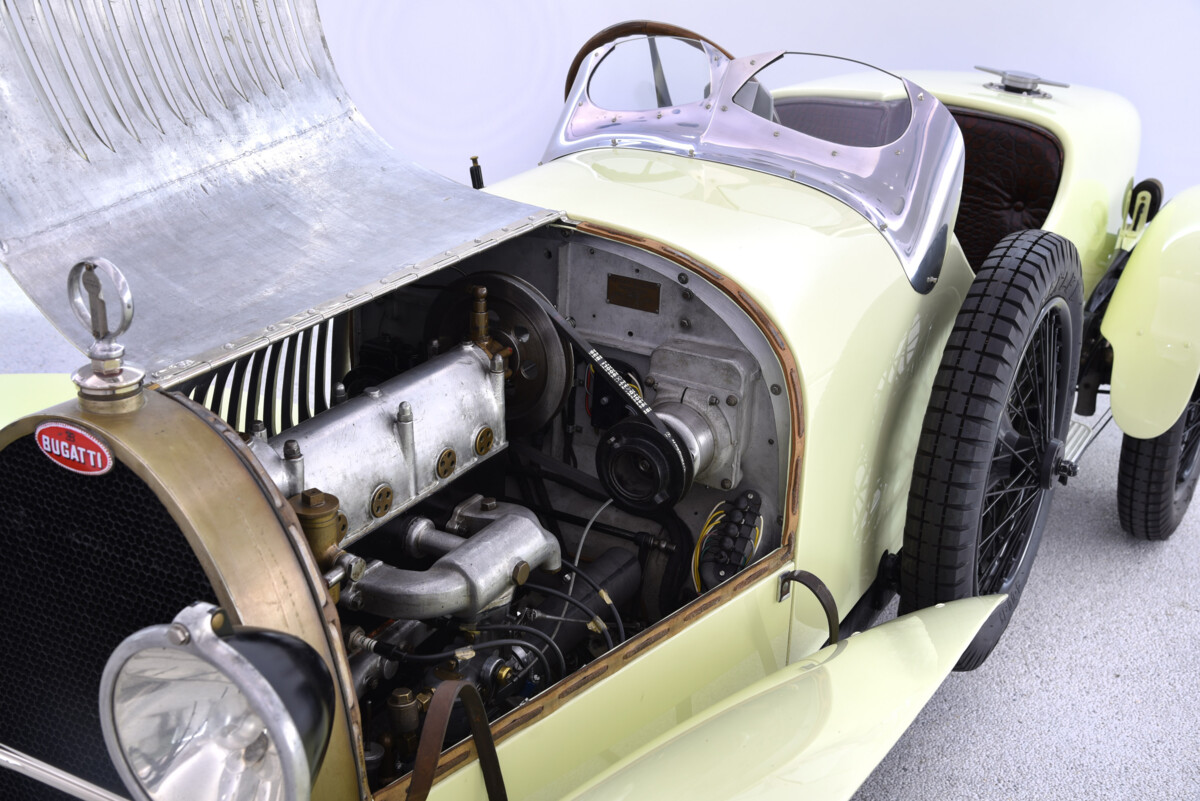 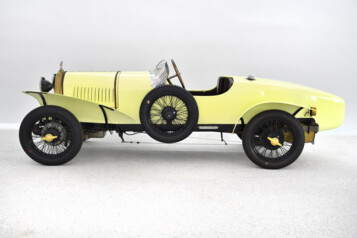 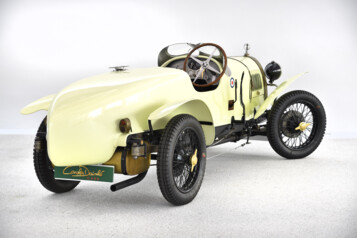 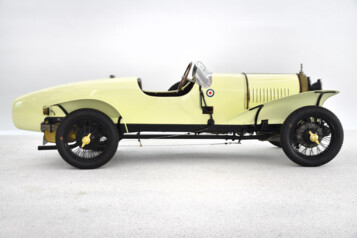 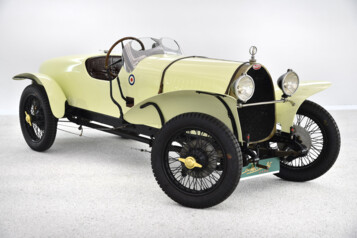 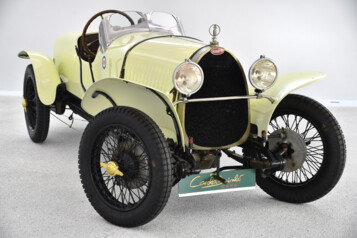 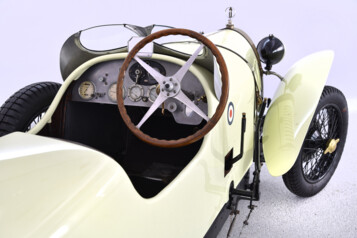 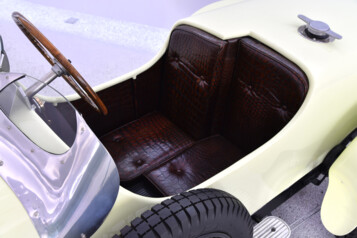 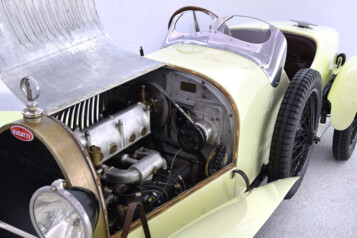 The Bugatti Type 23 Brescia offered here was produced in Molsheim in Alsace in August 1924 and delivered to Paris on September 24, 1924. The first body of the Bugatti is unknown. During this period, all Bugattis, with the exception of the racing models, were delivered as rolling chassis. Accordingly, prior to delivery, it received a custom-built body as requested by the customer.

Due to the fact that all chassis were delivered to Paris at that time, it is assumed that the first owner was from the Paris area or from Paris itself. The ownership history is documented and available from 1945 with the original registration papers.

The vehicle is Matching Numbers. The current body was rebuilt in collaboration with Bugatti in the style of Louis Chiron's own Bugatti, using the original hood.

The Brescia comes from a private collection and has been in the same ownership for many years. It is roadworthy and in perfect condition both visually and technically. An absolutely rare vehicle.

The predecessor of the Type 23 is the Type 13, which was one of the first vehicles in the world to be equipped with a 16-valve engine. This concept was originally developed in 1914, then World War I began and Ettore Bugatti had to wait until 1920 to use these engines for racing.

That year, however, was then a great success, Bugatti winning the French Voiturette Grand Prix at Le Mans. Even more successful was Bugatti's quadruple victory in the Voiturette Grand Prix of Brescia in 1921. In honor of this memorable victory, all cars with 16 valves were christened Brescia at that time. One of the few weak points of the Type 23 Brescia was the lack of front brakes. This was rectified in 1924 when front drum brakes became standard equipment.

With a relatively small but high-torque 4-cylinder engine and a comparatively light weight, the Type 13 and 23 cars were able to compete with more powerful, but therefore heavier, vehicles. The Brescia introduced the power-to-weight ratio, which is still an important criterion in motorsports today.

540.000,00 € (VAT not applicable)
This offer and the information contained therein are non-binding. Errors, omissions and prior sale excepted.
Download PDF Expose Inquire