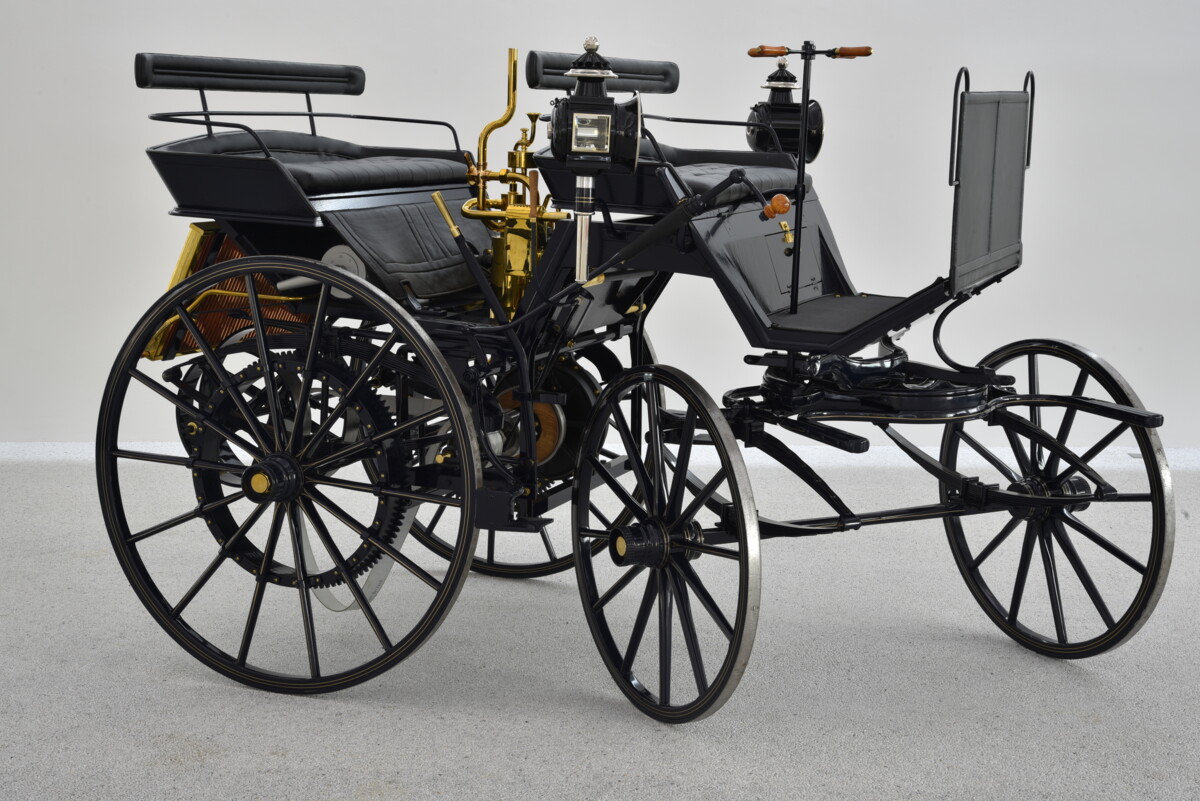 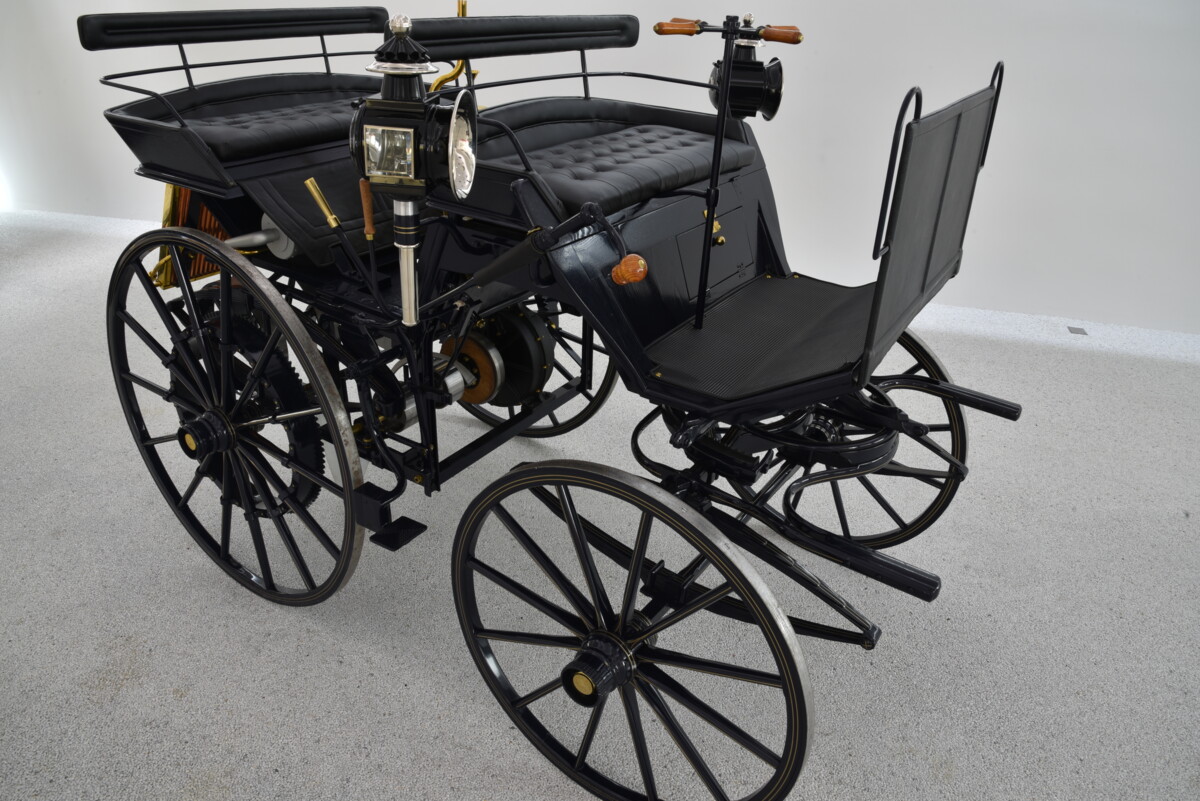 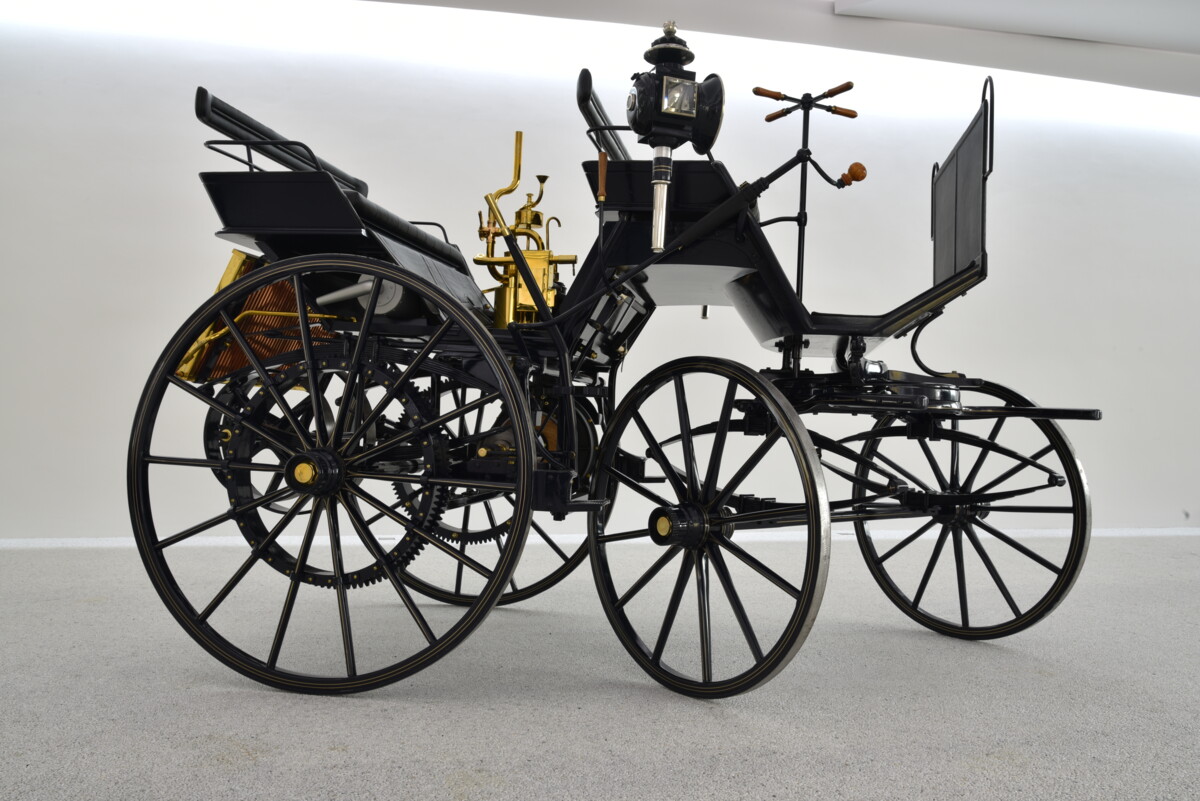 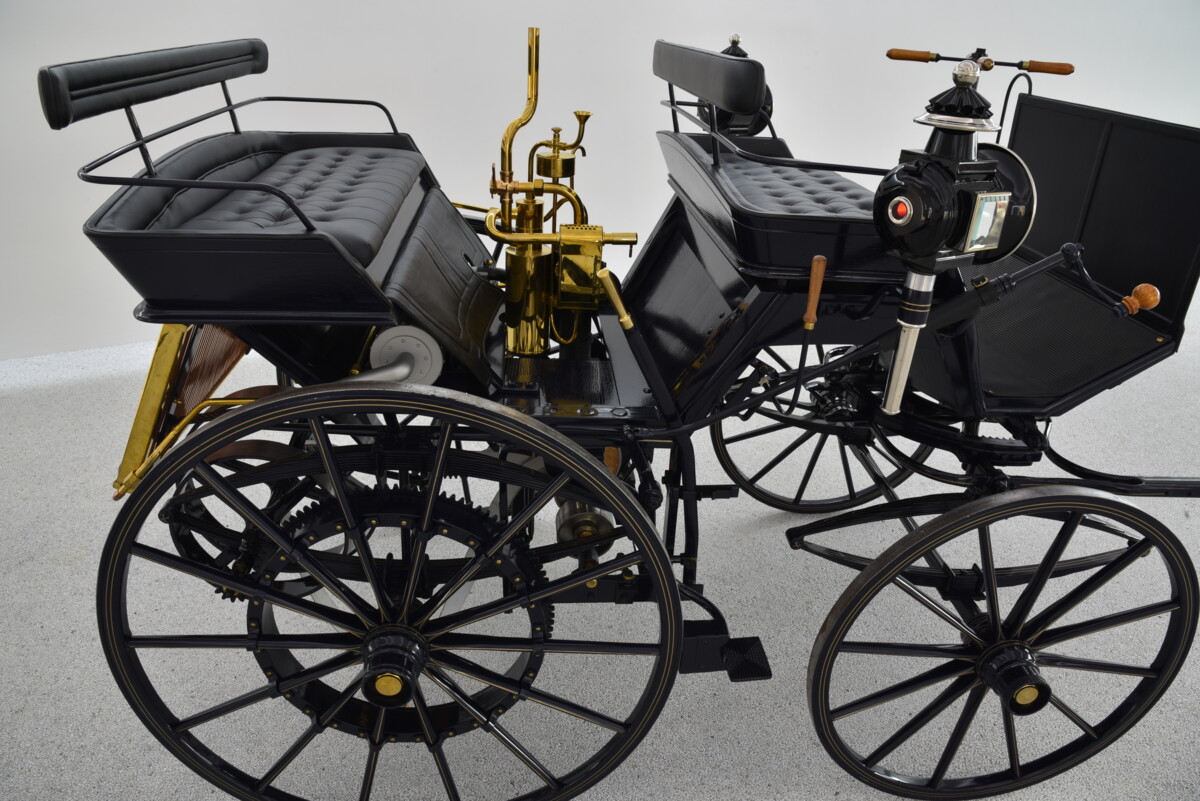 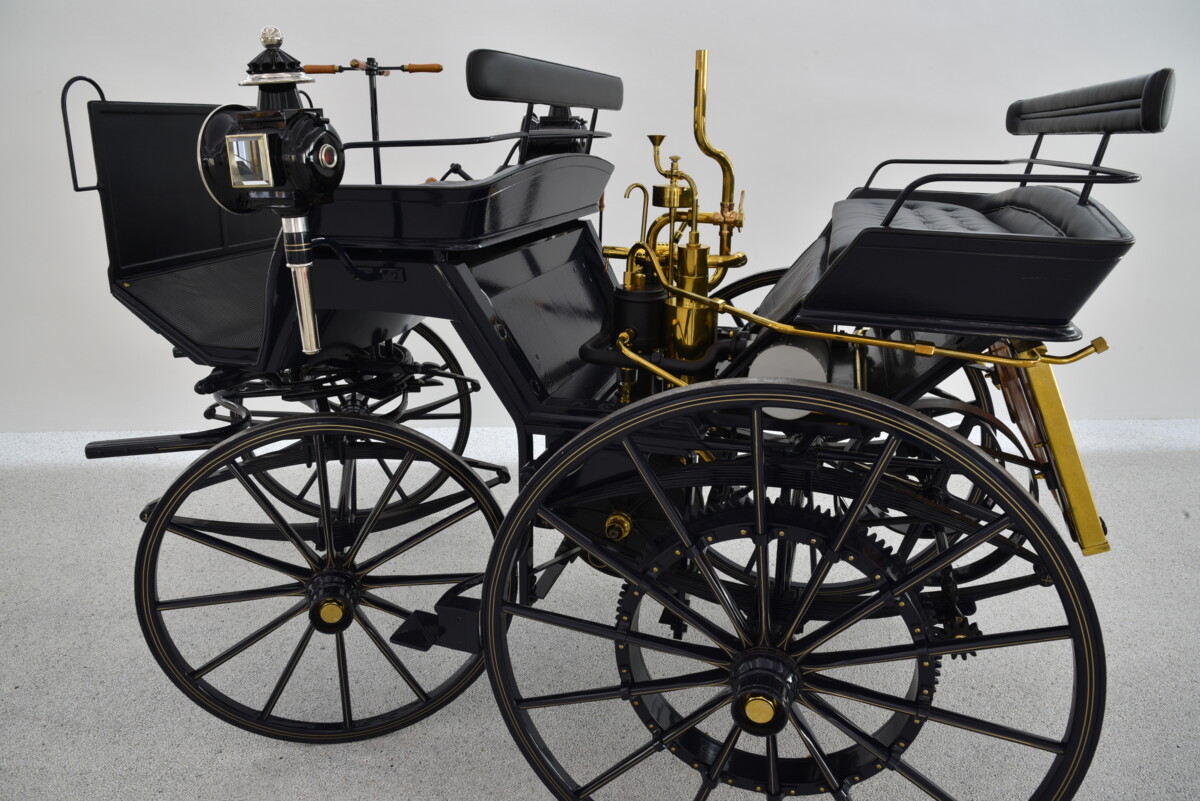 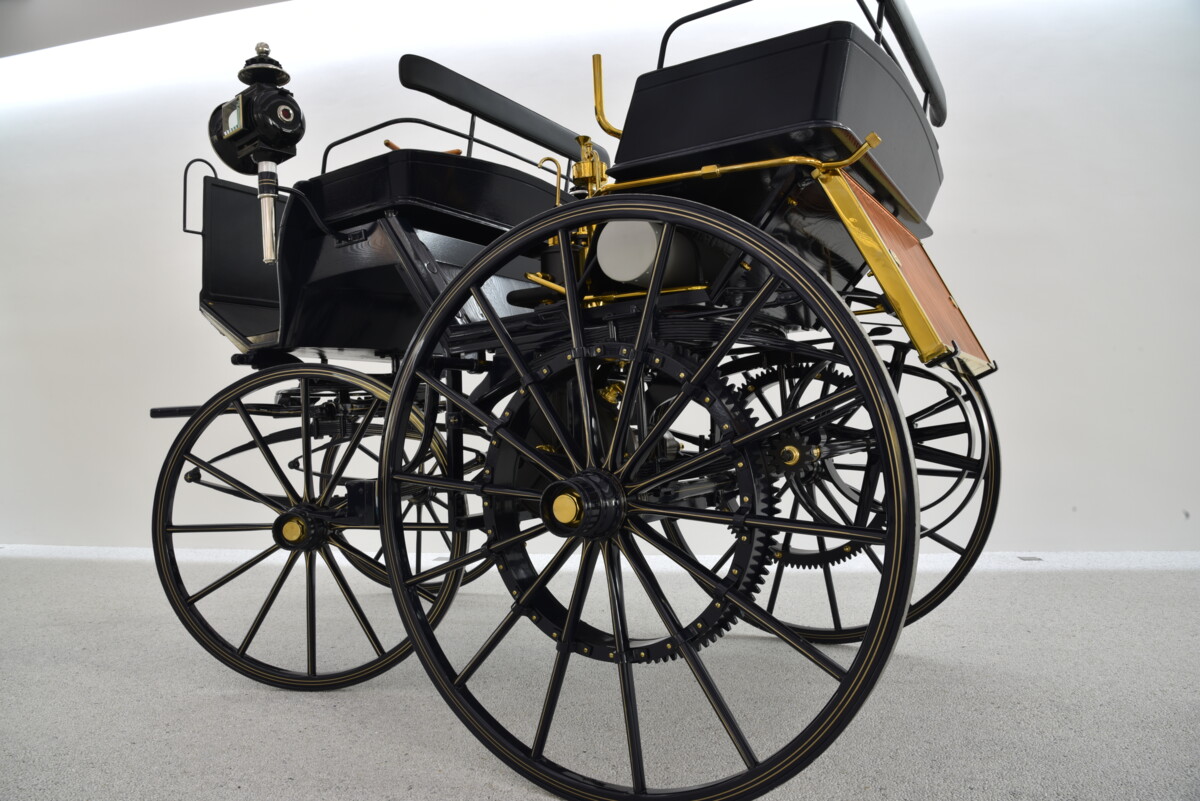 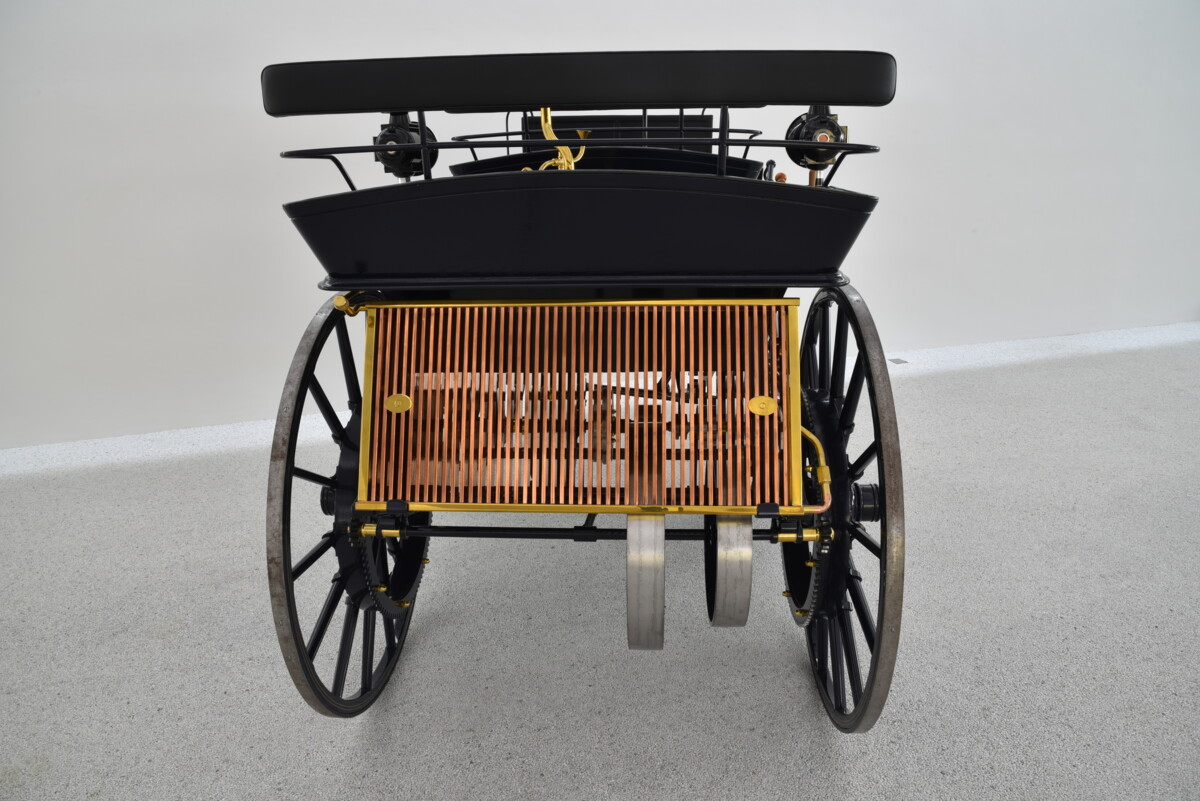 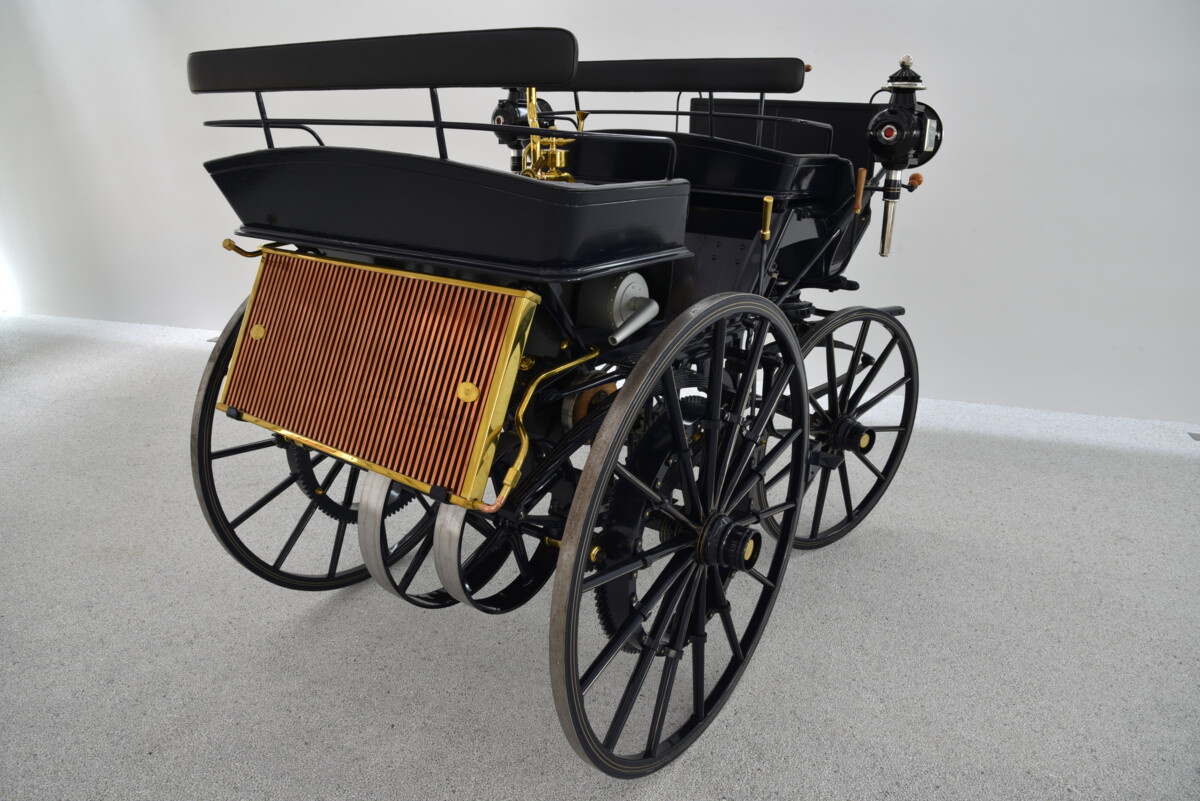 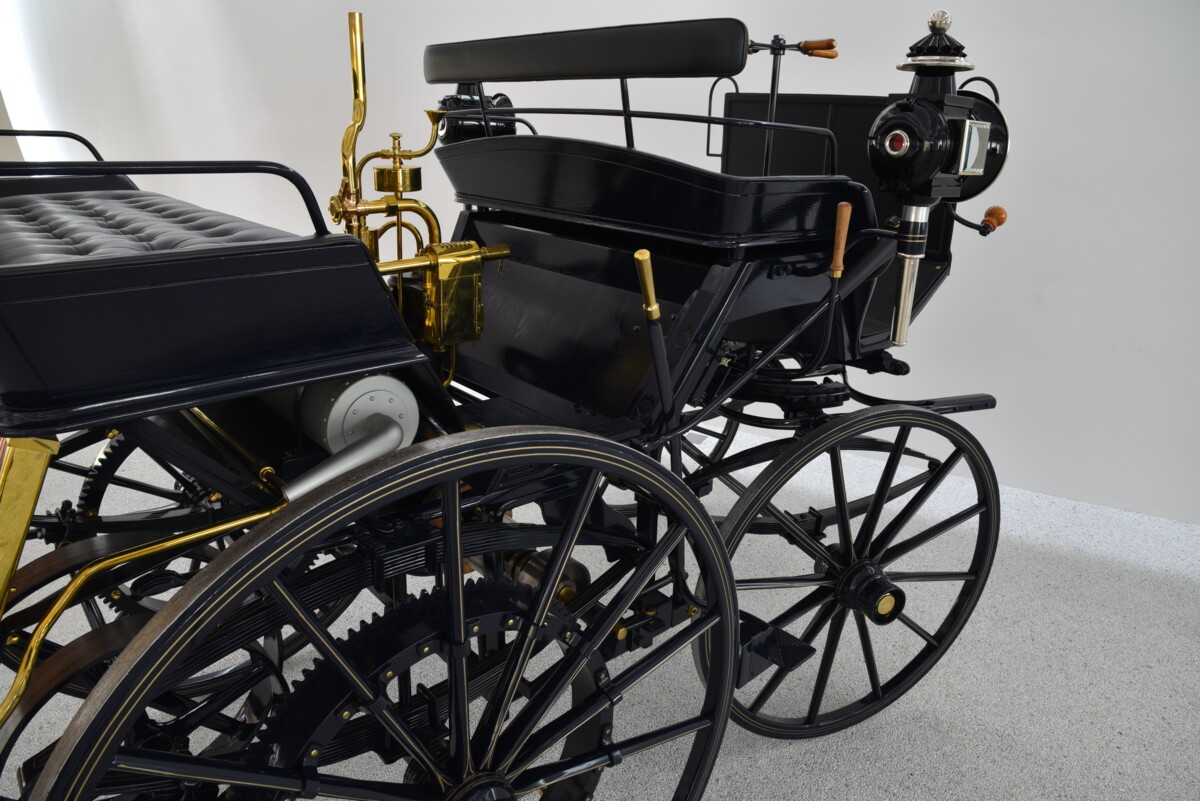 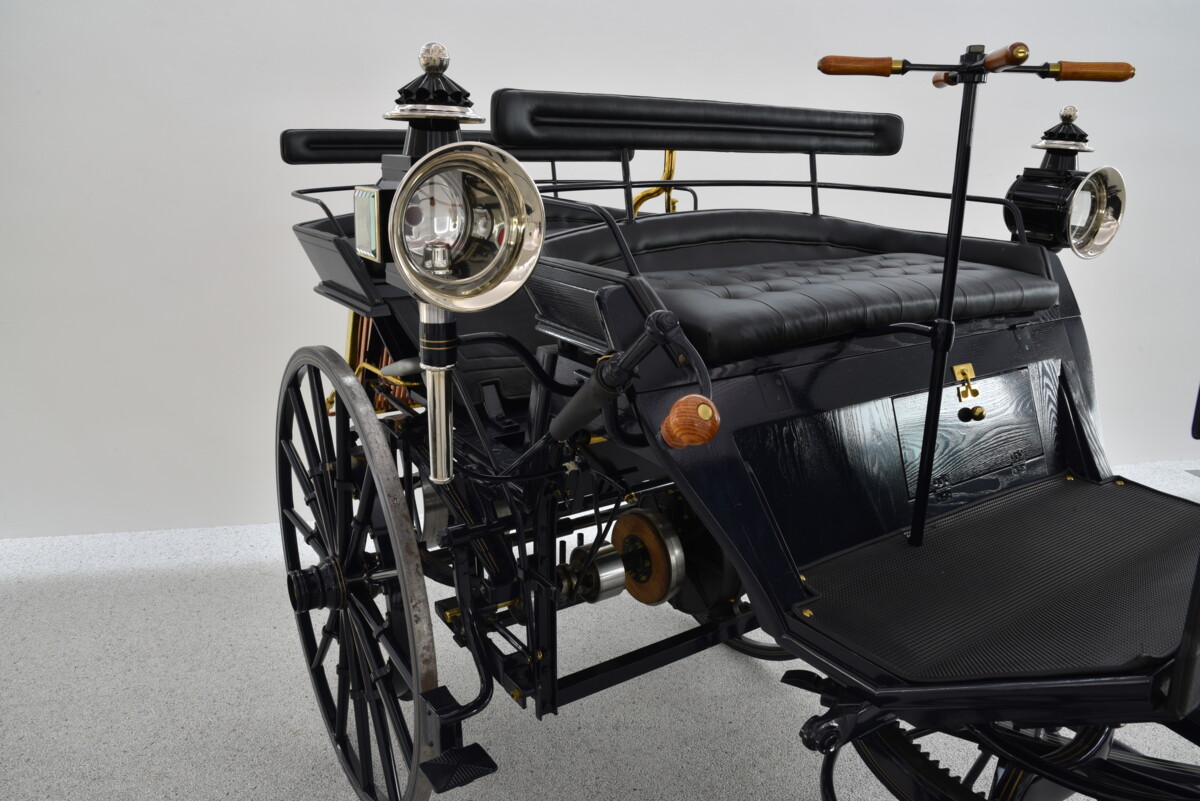 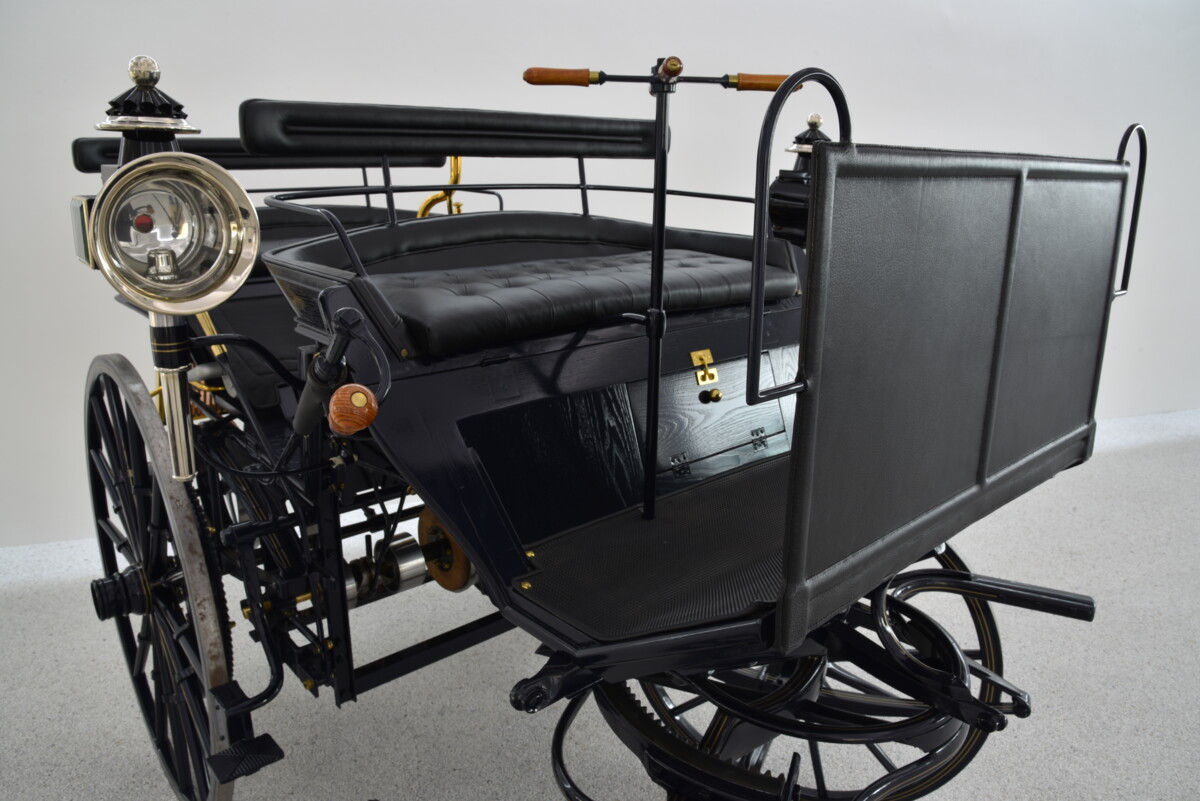 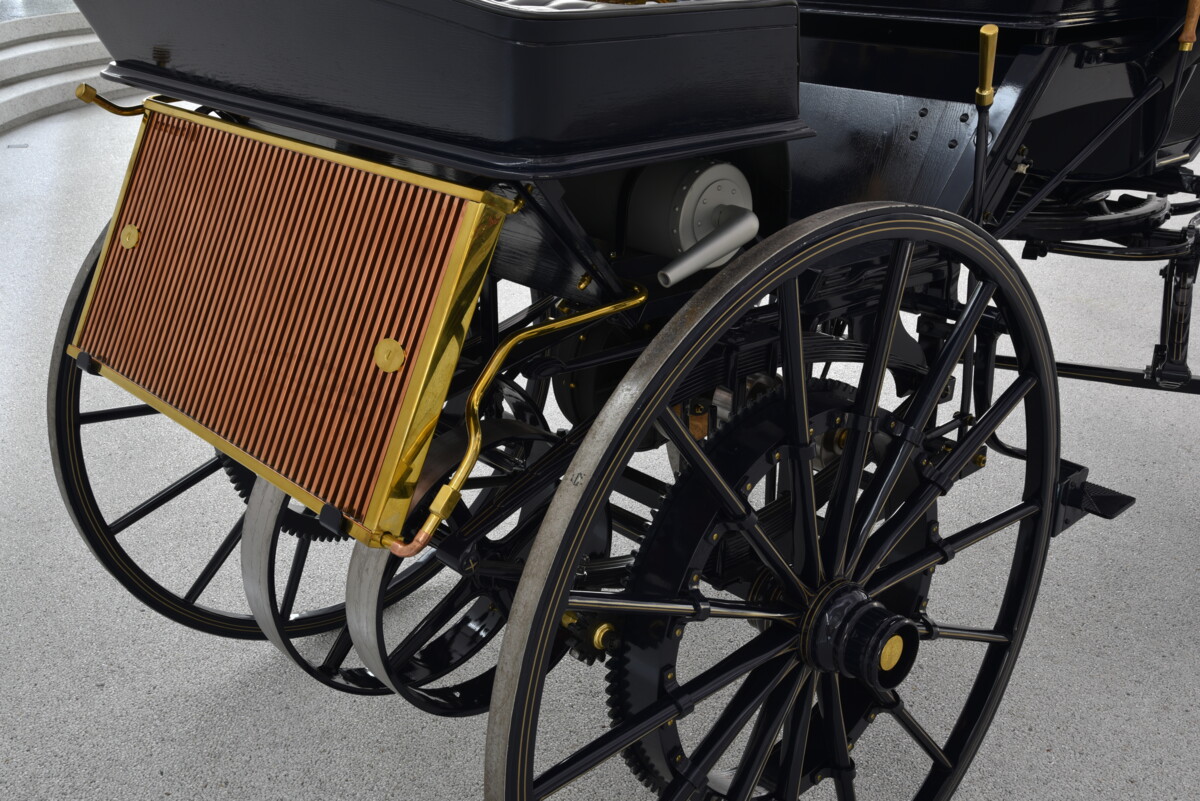 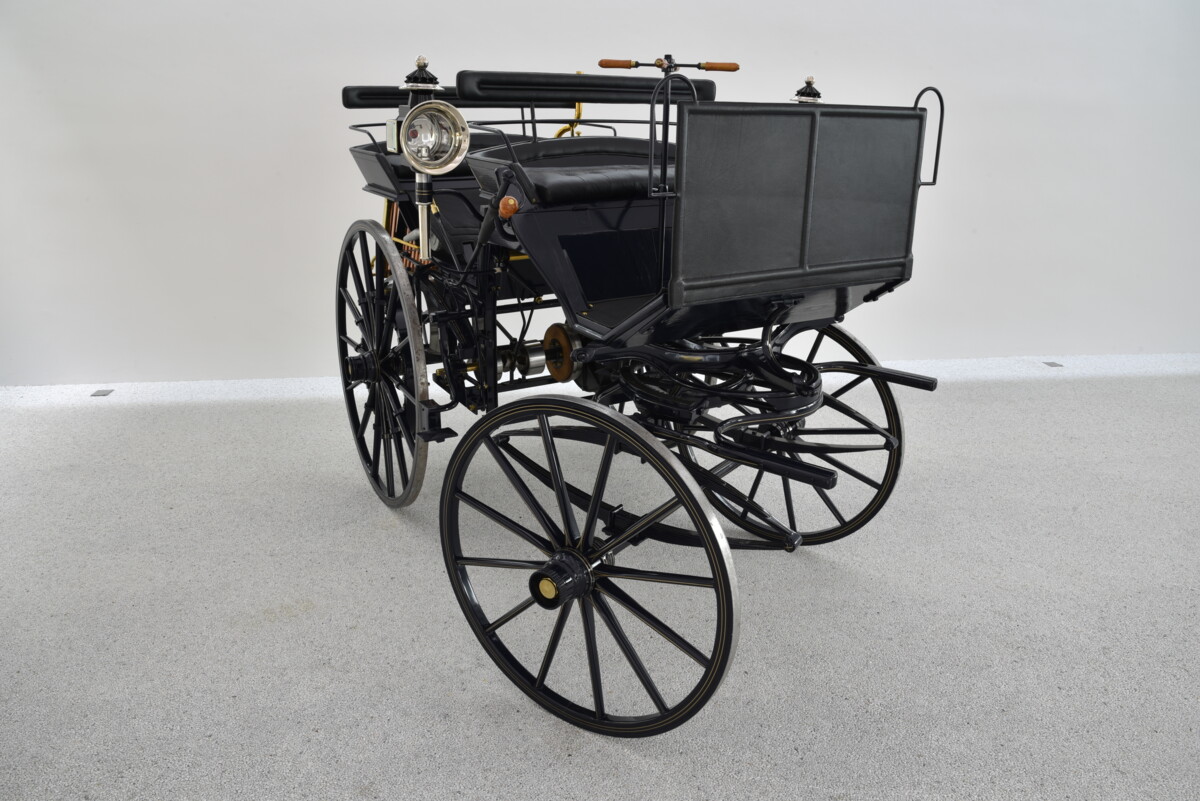 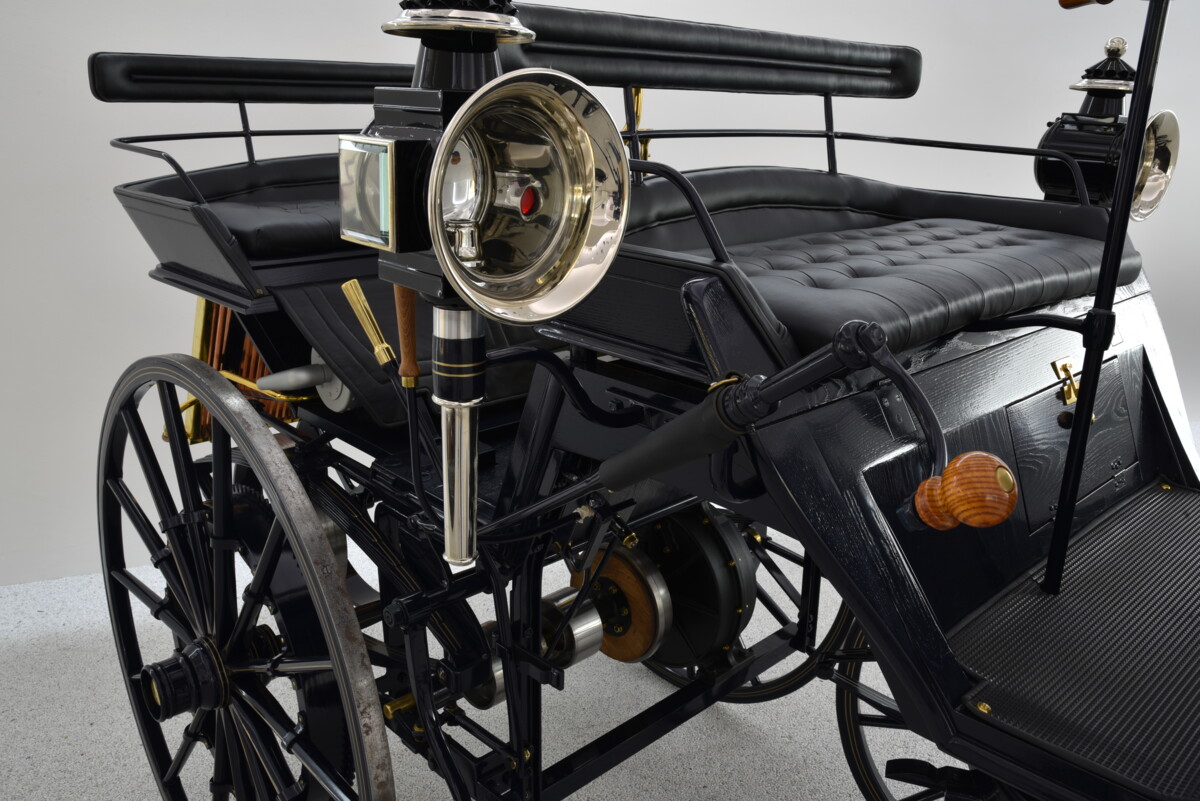 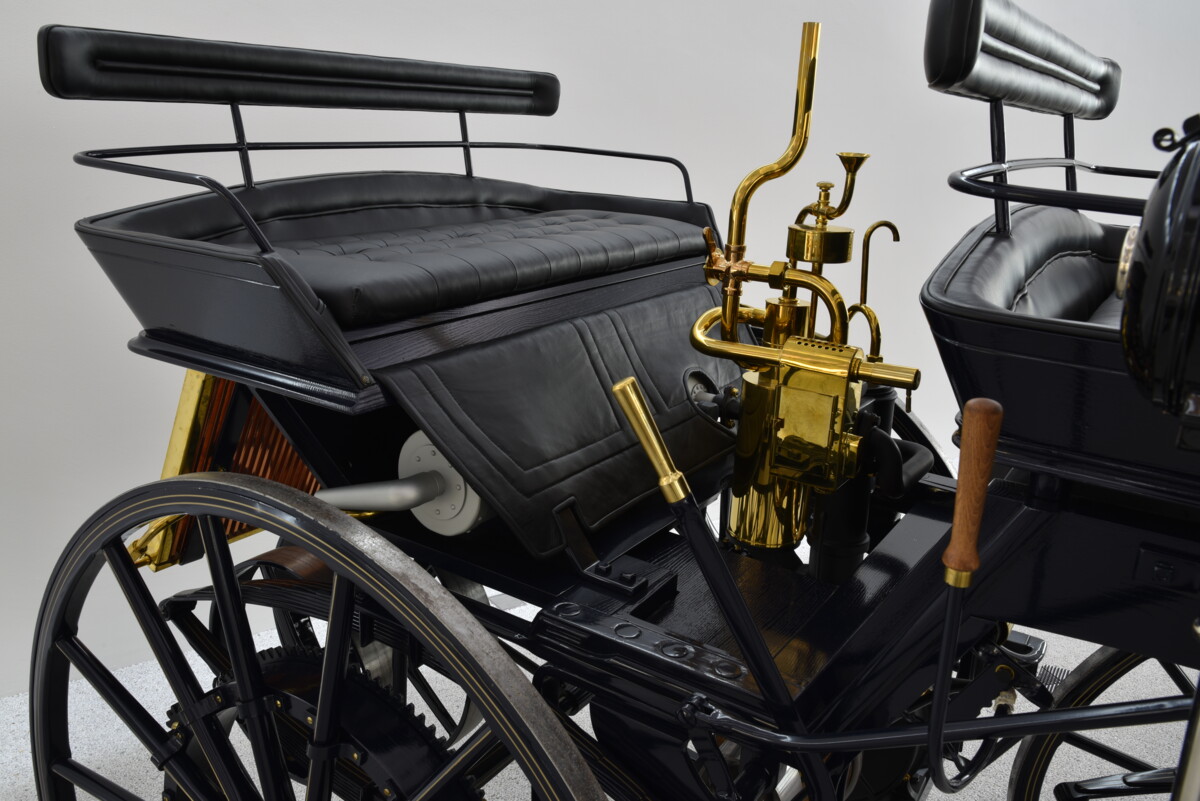 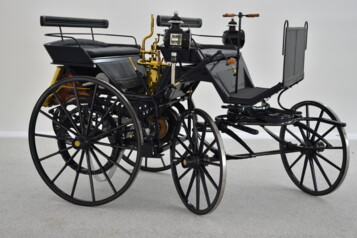 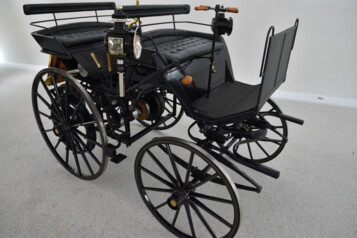 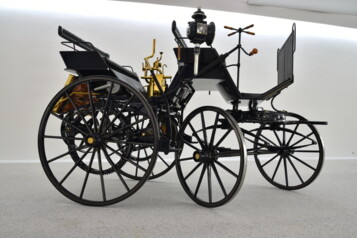 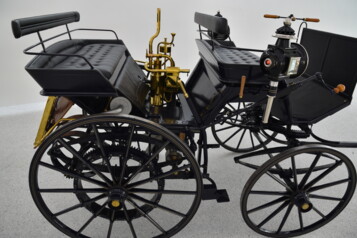 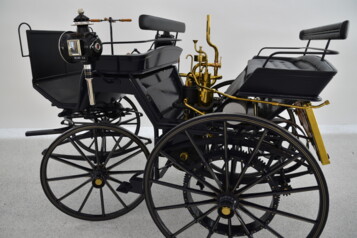 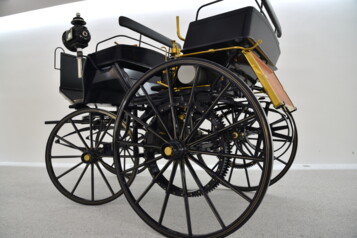 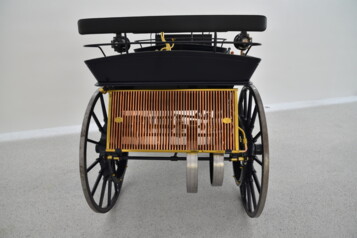 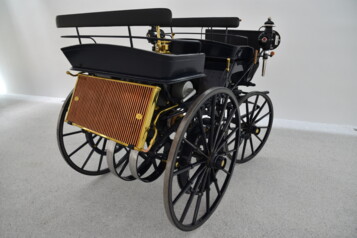 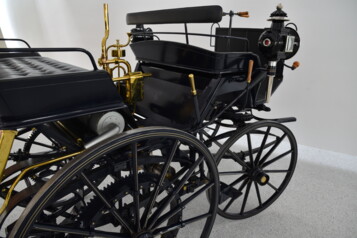 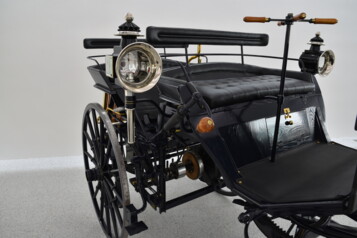 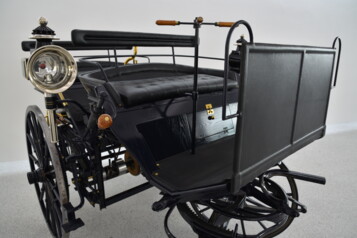 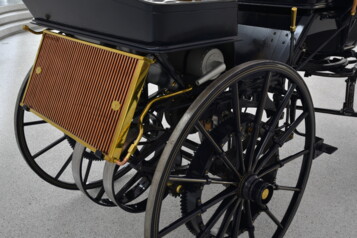 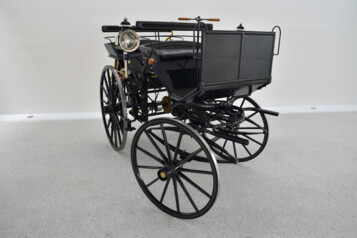 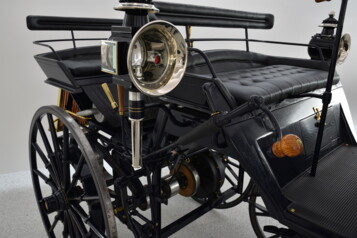 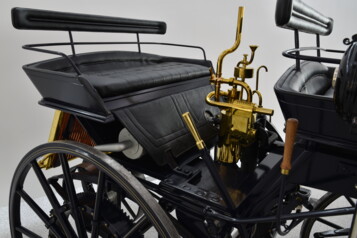 On March 8, 1886, Gottlieb Daimler ordered an "Americaine" carriage from the Wilhelm Wimpff & Sohn carriage factory in Stuttgart, ostensibly for the upcoming birthday of his wife Emma. In reality, however, he wanted to equip it with the "grandfather clock", their newly developed engine, as a further test vehicle. Compared with the engine from the riding carriage, Daimler and Maybach had almost doubled the displacement, and the output was increased accordingly to 1.1 hp. The motor carriage was converted from air to water cooling in 1887. For this purpose, a large-area finned radiator was mounted below the rear seat.

Daimler's motor carriage was the first four-wheeled vehicle to be powered by a high-speed internal combustion engine. Daimler did not initially consider further development or even series production of its motor carriage. Following the motorized carriage, the engine was installed as a drive in an airship, with which Daimler finally also conquered the third element "air" after earth and water. It was the world's first motorized airship to take off on a ten-kilometer maiden flight in the summer of 1888.

Gottlieb Wilhelm Daimler was born in 1834. Gottlieb Daimler initially learned the trade of gunsmith. After four years working in an engineering factory in Alsace, he began studying mechanical engineering in Stuttgart. He then went to England for two years. After his return, he works for a short time as a design engineer in Geislingen. Then he moves to Reutlingen, where he meets Wilhelm Maybach. This ingenious autodidact accompanied Daimler to all his professional stations in the future. First they went to the "Gasmotorenfabrik Köln Deutz Aktiengesellschaft".

There, the two designers were part of the company's development staff from 1872 onwards.

Nikolaus Otto, who won first prize with his Otto engine at the Paris World Exhibition in 1867, also worked at Deutz. This engine burned gasoline and was much lighter and easier to handle than the gas engine that had been used until then. With Daimler's help, the Otto engine was ready for series production. However, disputes soon arose with Otto. Daimler was defeated in the power struggle and was dismissed from the Deutz gas engine factory. However, he was a rich man, because the company's shares had risen sharply in value under his leadership. He was now able to set up his own company.

Together with Maybach, Daimler went to Cannstatt, where they set up an elaborate experimental workshop in 1882. There, together with mechanics, the two inventors researched small, high-speed gasoline engines. On April 3, 1885, Daimler was granted a patent for the so-called "grandfather clock". In 1885, they built this engine into the two-wheeled so-called "riding car". Thus they created at the same time the first vehicle with gasoline engine and the first motorcycle in the world.

On request
This offer and the information contained therein are non-binding. Errors, omissions and prior sale excepted.
Download PDF Expose Inquire